Making a Case for Better Code Blue Documentation : Redivus Health Join us in combating COVID-19 and see how we can help 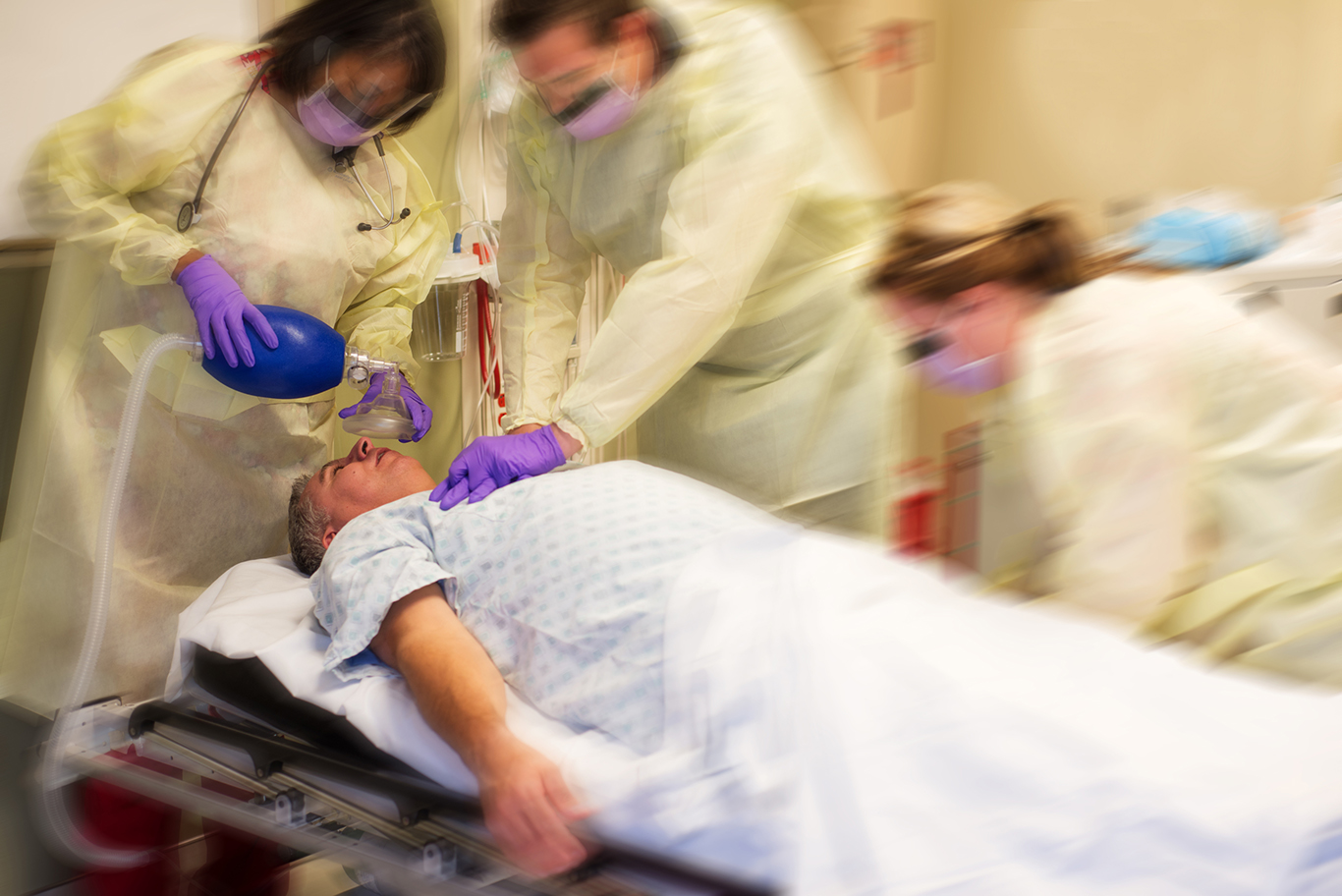 When a patient suffers cardiac arrest in the hospital, it is terrifying for family members to witness as a loved one’s heart stops. Any family members present are ushered out of the room while the code blue team rushes in to do their jobs. The emergency response looks and feels like chaos, and it may not play out like it does on television.

As the code team fights to save a patient’s life, one team member is charged with keeping time and documenting every action taken. Often these notes are scribbled on paper or any nearby surface. They don’t have time to worry about neatness.

However, when the code is over, it’s critical that the report is transcribed into the hospital EMR so it is part of the patient’s record. If the handwriting is illegible, or the notes are misplaced, the facts related to the in-hospital cardiac arrest (IHCA) may be incomplete or inaccurate.

A freestanding IHCA clinical document was absent in 50 of 101 (50%) patients.

In cases where the patient survives, the code blue documentation gives doctors and nurses in the ICU valuable information to continue the patient’s care.

If the patient does not survive, the doctor may use the code blue report to explain to the family what happened. The hospital may examine the notes to understand why the patient died and to evaluate the care given. The documentation also may be used as evidence in a medical malpractice lawsuit.

“Most of the time it is a scanned PDF of handwritten notes,” Logback said. “Sometimes there are handwritten notes and typed notes in the EMR that have been transcribed after the code. Often these two accounts do not match. There may have been different people recording during the code, different thought processes, looking at different clocks or watches – all of this leaves room for inconsistencies.”

Logback described how the family’s experience in the hospital, and their perceptions of the care their loved one received, can influence what happens next.

“If you have hand-scribbled notes that are not organized or don’t capture everything, that doesn’t communicate a sense of confidence to the family.”

The family’s perception of the care team – either “they did everything they could” or “they didn’t know what they were doing” – can influence whether or not a lawsuit is filed.

Logback explained the immediate benefits of having timely, accurate documentation.

“If the documentation is understandable, the staff can tell the family, ‘Here’s what we did and why, we did everything we could,’ and the family can follow and understand it, that goes a long way,” he said. “Sometimes the issue for the family is ‘we don’t want this to happen to anyone else’ and having accurate documentation can lead the hospital to more training and better ways of doing things,” Logback explained.

Documenting a code with handwritten notes on paper is error prone and archaic. Electronic documentation tools within some hospital EMR/EHR systems do exist, but often they are cumbersome, without an intuitive user interface. They are built to be used at a desktop computer, not at the patient’s bedside.

“Our own EMR is not made to document everything you need to document during a code in real time. For example, you can’t chart that you gave a med that hasn’t been ordered and processed through pharmacy, and that takes 15 minutes. And how often when a code happens do you have room for a workstation on wheels that fits into a hospital room with all the other equipment?”

Today’s mobile technology enables easier, more accurate ways to document a code. For instance, the Redivus Code Blue app provides digital documentation during a cardiac arrest from a phone or tablet. Any member of the code team can start the Redivus app and use it to keep time, record compressions and medications, and document every intervention.

At the end of the code, the Redivus solution delivers time-stamped, detailed documentation. This report can be sent to the hospital EMR and signed electronically by the physician who led the code.

“The Redivus app’s documentation was incredibly accurate, down to the second. I compared the code timestamps on the app with my notes and other electronic and written documentation from multiple departments such as lab, x-ray, respiratory therapy, cath lab, etc. It was all there.”

Redivus Health worked with a large hospital client to perform side-by-side comparisons of data from their EHR documentation system with the Redivus Code Blue data. This comparison revealed that the Redivus software collected, on average, 3x more data points than the hospital EHR, providing more complete and accurate documentation of each cardiac arrest.

All of that Redivus code data can be easily aggregated, stored and accessed in the EHR for continued patient treatment and hospital reporting within minutes of the code ending.

Why leave something so important to chance?

Medical malpractice lawsuits will always be an issue for hospitals. Having more accurate code blue documentation gives hospitals and staff the confidence to know their data is correct, organized and easily accessible when needed.

“You can have perfect documentation and still have a bad outcome. Not everyone can be saved,” Logback said. “As lawyers, we recognize the value of accurate documentation and know that documentation as it stands today is a problem. The Redivus Code Blue app could help protect hospitals from unnecessary litigation.”

Learn more about the Redivus Code Blue app for cardiac arrest documentation, or request a demo to see how it works.