Using App Improved Residents’ Performance During Code Blue Simulations : Redivus Health Join us in combating COVID-19 and see how we can help 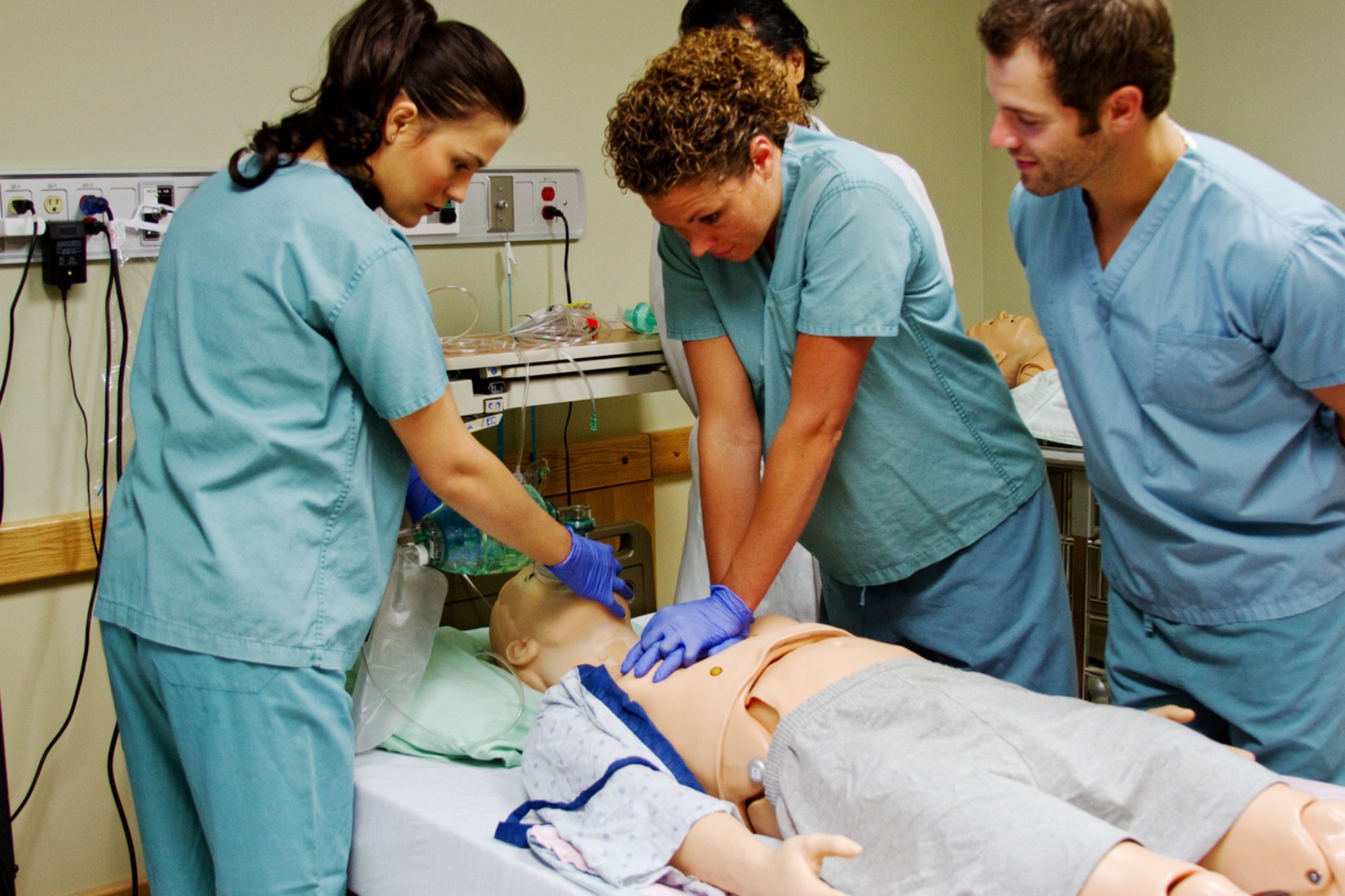 During a code blue, when a patient’s life is on the line, chaos is common. The intensity of the experience and the possibility of life or death depending on your actions can be challenging for even the most experienced physicians and nurses.

For medical residents who have not encountered many cardiac arrests, it’s a high-stress, daunting situation. The rush of adrenaline can cause clinicians to go blank and fail to act in the midst of a stressful situation.

David Wooldridge, residency program director for the University of Missouri–Kansas City (UMKC) School of Medicine, observed that residents often expressed low confidence in their abilities to run codes for cardiac arrest. Residents receive training in Basic Life Support (BLS) and Advanced Cardiac Life Support (ACLS), and they are put on code teams during hospital rotations to receive experiential on-the-job training, but they have limited opportunities to practice their skills during a simulation.

Studying residents’ ACLS performance with and without app

In 2018, Wooldridge teamed up with Paul Chan, cardiologist and researcher at Saint Luke’s Hospital in Kansas City, and a team of researchers to conduct a cardiac arrest simulation study with 53 UMKC residents, tracking how they performed with and without the Redivus Health Code Blue app.

Developed by physicians, the Redivus Code Blue app delivers step-by-step, evidence-based guidance for running a code. It provides simple, intuitive prompts and tracks time, compressions, shocks and medications. The decision-making support the app offers helps keep code teams on track and focused on the patient, while automatically documenting every intervention.

“The lead doctor is like the conductor, orchestrating a code,” Blomquist explains. “If they are unsure of what they’re doing, that influences the feel of the code and how the team performs. As we watched the simulations, you could feel it in the room. When the residents used the app, they were more confident and capable. It helped stabilize the team and greatly improved their results.”

Then the researchers counted the errors that residents made, such as going off script, giving the wrong meds or the wrong dosage, giving meds too early or too late, and shocking the wrong rhythms.

An independent individual, formerly with the American Heart Association, reviewed each video and scored the residents. The research team made the data calculations.

“The improvement in how the code ran with the app and in their confidence levels was clearly evident in watching the simulations and in the residents’ comments,” Blomquist said. “We expected to see more correct interventions with using the app, but we didn’t expect how much it would decrease errors.”

Comments from the residents

In a survey conducted after the simulations, the residents reported the following:

They also provided written comments about the experience:

“I did not feel confident at all running a code, but after using the app with the timers and prompts, I feel much more confident in leading a Code Blue situation.”

“It helped in timing and sequence of ACLS algorithm. I think it will increase patient safety and doctor confidence during codes.”

“Based on the experience during the simulation, the app would be very helpful during an actual code when there are far more people and things tend to be more chaotic. It would help whoever is running the code at any level of experience to stay focused and on track.”

View this case study as PDF