Sepsis Scare: Redivus to the Rescue : Redivus Health Join us in combating COVID-19 and see how we can help 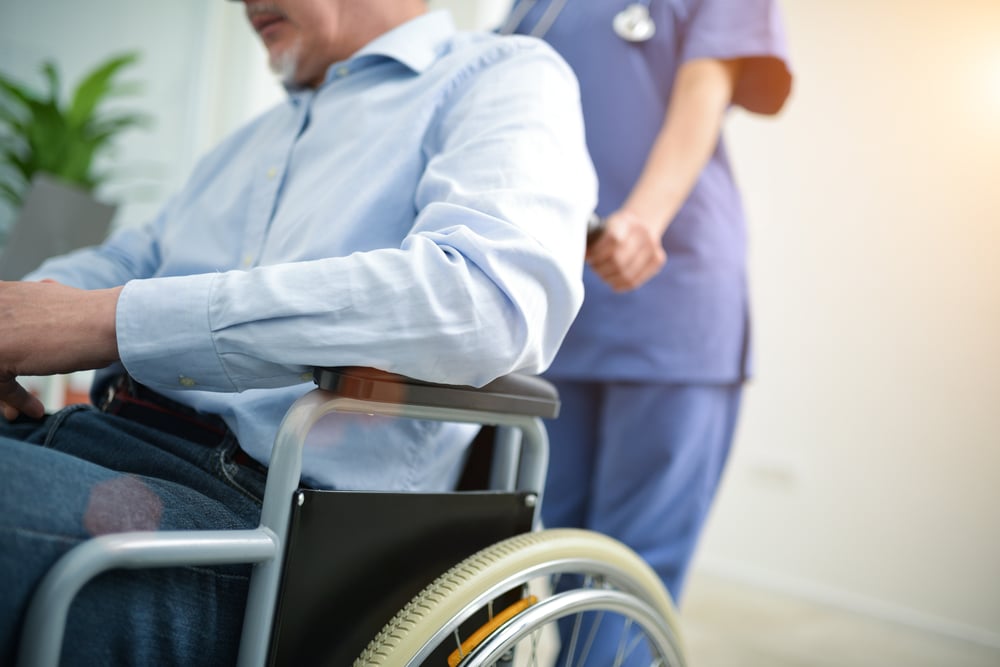 Sepsis Scare: Redivus to the Rescue

For Lauren Bond, a nurse who now runs a business specializing in geriatric care management services, being involved with usability testing for the Redivus Health app in the simulation lab last summer was a chance to brush off her skills and learn something new.

“I have a software background in addition to nursing, so I was excited to try out this new technology,” Lauren recalls.

Little did she know that months later, the Redivus sepsis app would help save her dad’s life.

Sepsis: Having the Confidence to Act Fast

Lauren’s father resides in a skilled nursing care facility in Kansas City. He lives with dementia and a movement disorder that makes it difficult for him to swallow. 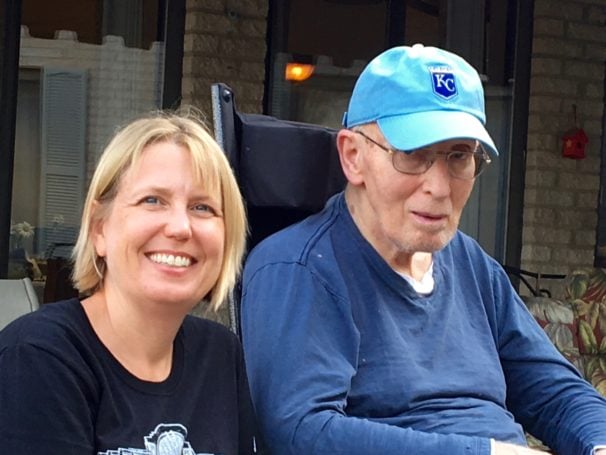 Lauren Bond with her father. Lauren used the Redivus app to identify her father’s sepsis diagnosis. Her quick thinking saved his life.

“His conditions put him at high risk for aspirating food into his lungs, which puts him at risk for developing pneumonia,” Lauren explains. “Right before Christmas, dad came down with pneumonia. He was not doing well at all and his caregivers were worried. They called me and started giving me his vitals over the phone, like temperature, blood pressure and other stats. It was hard to tell how serious it was.

“Then I remembered I still had the Redivus app on my phone,” she continues. “I plugged in his stats and the app diagnosed him with sepsis. It also suggested a treatment plan of hydration with IV fluids.”

By the time Lauren reached her dad’s bedside, she knew that she had to make a decision quickly.

“It was scary. Dad did not look good. I knew time was critical, and I knew his advance directives,” she says. “I didn’t want to send him to the hospital to go through poking and prodding and multiple tests. But I didn’t want to make the wrong decision either.”

“The Redivus Health app gave me the confidence to suggest that we treat him at the facility. It was a skilled care center so they could give IV antibiotics and fluids,” Lauren says. “The fluids helped him feel better and his kidney function improved, and he bounced back fairly quickly.”

It was the best possible Christmas gift to see her dad recover.

“I’m a nurse, but I wasn’t working as a nurse that day. I was working as a daughter, in a non-clinical way,” Lauren relates. “Using the app alerted me to the seriousness of his situation early and helped guide me to the least invasive treatment with confidence.”

In the work Lauren does now, coordinating and overseeing care for seniors through her Care Is There service, she believes the Redivus Health platform has much to offer medical professionals at long-term care facilities.

“When you don’t see a situation like sepsis a lot, you tend to delay making decisions,” Lauren says. “Redivus Health has great potential to help nurses and clinicians – especially those in long-term care centers – be more confident in diagnosing, making decisions and moving forward quickly with treatment to help the patient.”