Sepsis: Quick Action Saves Lives : Redivus Health Join us in combating COVID-19 and see how we can help

The evening before, the elderly resident’s vital signs were normal. The next morning, they were anything but normal. 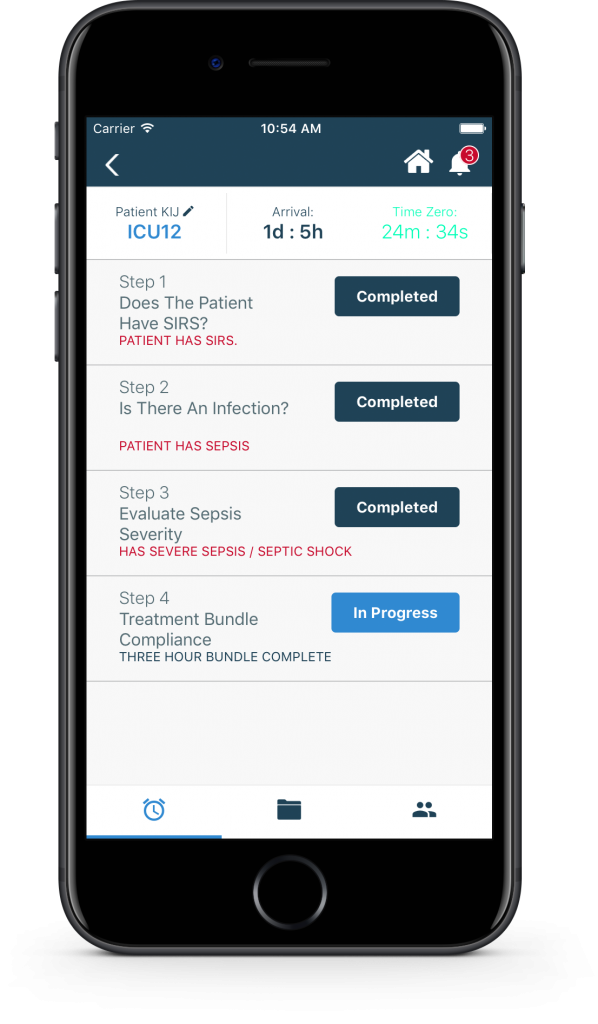 The long-term care facility staff called Kassandra Kuhlman, R.N., the nurse on duty. She immediately knew something wasn’t right with the resident. Kassandra consulted the National Institutes of Health (NIH) sepsis guidelines and decided to use the Redivus Health sepsis tool, newly installed on her phone, so she could demonstrate how it works for the rest of the staff.

“The resident hit every criteria for sepsis on the app,” Kassandra says.

After drawing blood and running the patient’s labs, the nursing team made the right call to send the resident to the hospital, just hours after spotting early signs of sepsis.

“The app shows an exact definition of what makes it sepsis, and that helps back up our diagnosis,” Kassandra says. “We can print off the documentation from the app and fax it to the doctors so they have a record as well.”

The resident spent eight days at the hospital being treated for sepsis, and then returned to the long-term care facility.

Since elderly patients make up the highest risk population for sepsis, the staff of a long-term care facility needs to look for the signs. Training and education with software like the Redivus Health sepsis tool help improve the staff’s awareness and responsiveness in a sepsis case.

“The app has already helped with my confidence,” says Kassandra. “You have undeniable evidence of the diagnosis. And with the hospital also using Redivus, they have confidence that we are following the right steps.”

Logan County Manor is a long-term care facility located in Oakley, Kan., which is owned and operated by the Logan County Hospital. Both facilities participate in the Kansas Heart and Stroke Collaborative program sponsored by The University of Kansas Health System, and both are users of the Redivus Health platform.