Diagnosing Sepsis Sooner To Save More Lives : Redivus Health Join us in combating COVID-19 and see how we can help 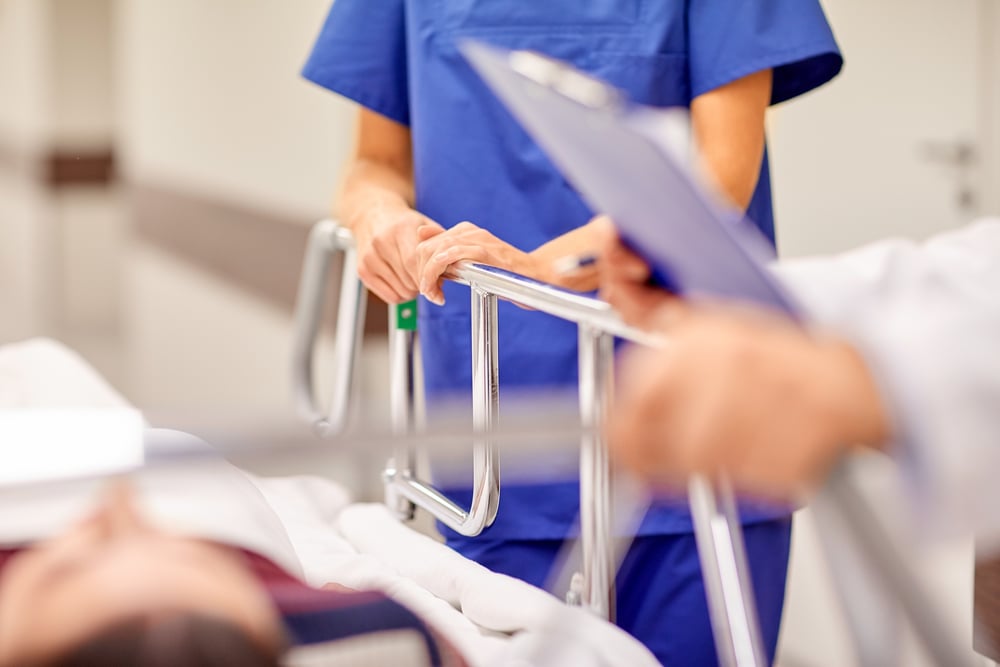 Sepsis Trend:
Redivus Health is finding that up to 50% of the time sepsis is being under-recognized.

Two recent cases illustrate what a difference Redivus can make when used for sepsis detection.

“We admitted a female patient in her mid-50s for respiratory complications,” Hannah explains. “She had an elevated white count that we identified to be due to pneumonia. We drew blood cultures and started her on antibiotics. Her white count went down with the initiation of antibiotics but then spiked again the next day. Her heart rate and blood pressure were not too far out of normal range, and she was in otherwise good health. We ordered labs to check a lactate.”

Amanda suggested using the Redivus app to screen the patient for sepsis. She says, “When you’re thinking of sepsis, you think about someone who looks really sick, but that’s not always the case.”

“As we plugged in vitals, the app indicated our patient had severe sepsis,” Hannah continues. “When we got the labs back showing a lactate level of 2.7, it was confirmed.”

In some situations, a severe sepsis diagnosis may require transferring the patient to a larger hospital in Northwest Kansas for treatment. With their quick diagnosis and action, the Sheridan County Health Complex team successfully treated the patient with severe sepsis on site.

“With additional interventions including a fluid bolus, our patient was a whole different person,” Hannah says. “She perked up immediately. It was an eye-opening experience for all of us. This was the first time we had coded a patient’s diagnosis as severe sepsis.”

“Without the app, we were just not confident in making that ‘severe sepsis’ diagnosis,” Hannah explains. “It helped us realize that we need to take action and do the interventions when we see the signs of sepsis. It’s two simple interventions to correct a serious condition.”

More Than the Flu

The second case involved a patient from a long-term care facility. The patient came to Sheridan County Health Complex with the flu. During the winter of 2018, the U.S. experienced a widespread outbreak of influenza, and Kansas hospitals reported an increase in flu cases.

“With his initial presentation of flu symptoms, at first, we didn’t think sepsis,” Amanda says. “But we used the Redivus app to plug in his vital signs. We ran labs, and with the results, we came to a severe sepsis diagnosis.”

“That’s the big thing – recognizing sepsis as early as possible,” Amanda explains. “The Redivus app gives you a centralized picture to evaluate all the data. It gives you the tools to pay attention to the vital signs that are important to diagnosing sepsis.”

For this elderly patient, receiving treatment at the Sheridan County Health Complex was an added benefit.

“In rural areas, it’s good for patients to be able to stay in their hometown hospital instead of being transferred several hours away,” Amanda says. “Especially for the elderly, family can visit more easily, and this is home, so it’s less stressful on them.”

Making the App a Way of Life

As a physician assistant, it didn’t take long for Amanda to become convinced of the Redivus app’s value as a sepsis detection tool.

“At first, I was just using the app when we saw an elevated white count or other signs of pneumonia, but I’ve been surprised at the number of people meeting the severe sepsis criteria,” Amanda says. “So I’m trying to include the app more in my practice when I see people with a cough or infection.

“Sepsis is under-diagnosed. Even if we get some negative screens, the Redivus app will help us pick up on more sepsis cases.”

The Sheridan County Health Complex staff and providers all have the Redivus app on their phones. They can screen patients for sepsis and share information critical to patient care. Using the Redivus app has even been incorporated into daily rounds as a safety check to make sure all potential sepsis cases are being reviewed.

“We are integrating the app across our system and making it a way of life for nurses,” Hannah says. “It helps to get tests and labs ordered quickly. It makes it easier for nurses to follow the right steps of care. They say things like ‘it’s easy to use,’ ‘everything is at your fingertips,’ and ‘it makes my life so much easier.'”

Learn more about the benefits of using Redivus Health to diagnose and treat sepsis.